In case you want to watch just the tributes portion of the service, I’ve made those three videos into their own set. Here they are, in the order they were delivered:

Monday, July 10 at 11:00 am Eastern Daylight Time
This event will also be streamed live. Please sign the digital guest book and watch the Live stream at this link

Official obituary can be found here.

This is not the post I wanted to write today. I wanted to click “Publish” on the draft we’ve already got saved named “It’s a GO!”

But God in His providence—a providence Jesse leaned so heavily on these last few months—decided to answer Jesse’s prayers for perfect lungs with a resounding yes, just not the way we wanted.

Today is a profoundly sad day for us, and no amount of platitudes could or should soothe the ache. But Jesse would tell you right now to run to Jesus.

I just set up a new fund on this site to help with Funeral Expenses and to support his family. Jesse was the sole income of his family. Please give generously.

**UPDATE** in less than 24 hours we crushed the $20K goal, and I want to continue to raise funds so that this precious family does not have to worry about money at this time, at all. Jesse was not able to purchase life insurance as a CFer, so this fund is now becoming just that for his family. I’m bumping the goal to $100K, since the initial goal was not based on anything other than “please give.” If this were simply a “funeral expenses” goal, I’d feel differently. Now, let’s crush the new goal.
**second update** I just found out that Jesse did indeed have a minimal life insurance policy in place, and I wanted to be totally upfront about that. These funds are still very much needed, though, and I recommend continuing to give!

We finally had the talk we’ve dreaded for years: telling Boy (7yo) that there’s something seriously wrong with Dad.

Ever since he can remember, I’ve been up before he wakes up and I am doing my medicine in the same spot every day. He used to be my couch buddy and sit up under my armpit and we’d watch TV while I did nebulizers. He liked my Vest shaking him. Now Parker is my couch buddy and likes the Vest’s soothing noise and shaking.

What we’ve always told Boy is that my lungs were made differently and need medicine to stay healthy. When I’d get sick (which has been once other than colds), I needed different medicine or rest. When it was my heart, it was my heart. So we’ve always been able to skirt around the idea that Dad is different, even though he’s the only dad who sits for every sports practice and game instead of helping out at least once per season.

When the oxygen stuff was delivered after they went to bed, he noticed the O2 condenser almost immediately in the morning. “What’s THAT!?” Being the geek that I am, I explained that air is a gas and there are many kinds of gasses. The air that we breathe is mostly nitrogen, which our body doesn’t need or do anything with. Our bodies need oxygen. “Since my lungs aren’t as good as most peoples’ and I’ve been sick, that machine takes the nitrogen out of the air and gives me just oxygen to make ‘super air.'” That satisfied him for the moment.

That night, I needed to put the air on to catch my breath and relax and Mom decided it was time. She texted me to be sure, and I told her to go for it, because I knew she’d positively put more than enough thought into it. To nearly quote paraphrase:

“Do you want to know about it? Dad’s lungs are sick and need more help, so these tanks and that machine help him breathe so he can still do things with you. But his lungs are going to get sicker and sicker until they are all the way sick. (“all the way” something in this context has always been our way of saying “until something is dead”) But his doctors have a plan. They are going to give him new lungs.”

At that notion, he started cracking up, which was a bit distracting, and I wasn’t sure if it was a coping mechanism from the previous thought about “all the way sick” or just the crazy idea that you can just get new lungs. Of course, we weren’t going to get into the details about what has to happen to another person for me to get new lungs, not yet.

“So when they give him new lungs, he’s going to be gone for a long time in the hospital and you won’t be able to see him. But when he gets better, he’ll be all the way better and he’ll be able to play more and do more. You know how some dads run around at soccer? Maybe Dad will even decide he wants to run! (I don’t like to run, but you bet I will!)”

This made him very happy and we went on with our evening. I went out with the guys for Bible Study since I missed the last one being too sick and I don’t know if I should keep going out that late. When I got my Everything Bagel with 8oz of cream cheese and sat down, she texted and said “He wants to plan a party after your new lungs to celebrate.” Yeah, I almost cried with happiness that he got it and had processed it that well… and that he cares. 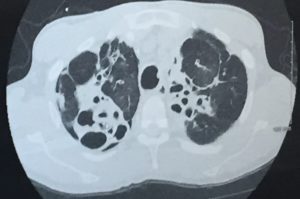 Thankfully this was not the first time being presented with the idea of transplant from a CF doctor. A decade earlier, months before getting married, I had dipped below 30% FEV1 (the marker to be considered for transplant). That’s when my education began. Four years later when things got dire once again, I launched CF Fatboy and went on a 6-month binge to gain over 30 pounds.

Both my body and my outlook were transformed. I made lots of CF friends online, met quite a few in person (including post-transplant), and no longer hid my diagnosis. As I got healthier and we moved on with our lives building my business, fostering, and finally adopting two boys, CF became less and less a part of my daily life. There simply aren’t enough hours in the day after getting up at 4am or 5am, working all day, and having family time to sit around pondering how CF affects such a life.

Until things get dire once again…

Looking back, I’d say the downward slide to where I am today started in early 2015. I had my tickets and hotel ready for a conference in Miami, about a 5-6 hour drive away. That weekend was a huge struggle for walking while talking to people, escaping to cough my head off before a presentation, etc. I even almost missed a fantastic opportunity to make friends at lunch with a couple who have become close, but I was winded and just trying to get through lunch.

Looking back, I don’t know why I pushed so hard. I relented on the last day to let my wife load the ENTIRE car of our stuff. I felt like people thought I was treating her like a servant, heaving suitcases and bags into our car, but all I could do was watch.

We kept thinking things would get better. That winter I was diagnosed with tachycardia and got that fixed as a source of shortness of breath… but it didn’t solve my breathing issues. Then we thought finalizing adoption of Boy would make my breathing better. It didn’t. Then we thought my issue was having our new foster newborn… but his getting older didn’t help. Then we thought his finalized adoption… nope.

The question about transplant comes down to: do you want to die the one to two years you’re projected to live or give life another shot after being taken apart and put back together?

That’s one thing I’ll touch on in future posts, along with: 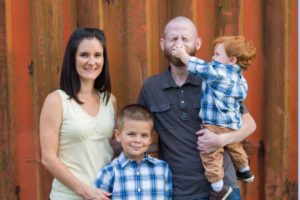 If I have the time, I’ll write more about the last 10 years… and all 38 years if given more time with my busy schedule as a husband, dad, and small business owner. Some of you may remember me as CF Fatboy and my journey to 23 BMI back in 2010. Well, that journey bought me a lot of extra time because we’re just now where I am today in 2017, not early 2010.

A lot of things have changed since Fatboy stopped writing, mainly because we had privacy issues related to being foster parents, so this is a new domain and a new outlet for this stage of life. CF Fatboy will remain as an archive of useful CF life info and tips. This will be about our golden years: transplant and beyond.

This is a short and sweet intro post, so now it’s time to fill you in on what today looks like.