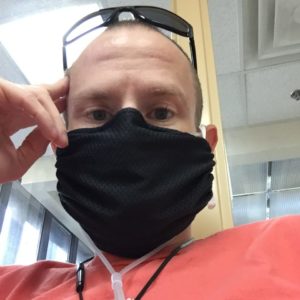 Today was my clinic follow-up from the hospitalization. Pretty standard procedure: pulmonary function test, weight, vitals, and a basic check-in how I feel. Things didn’t start off very well.

I went back for my PFT straight from the waiting room because they didn’t have a room ready yet, which isn’t a good sign for getting out in a reasonable time. This got me craving sushi from the cafeteria since I won’t be allowed to eat raw fish after transplant.

As a CFer, and old CFer, I’ve probably done 300 PFTs. I’m as consistent as the Amazon River is long and can rely on my numbers being rock solid. If they’re off, it’s because it’s a bad lung day and I know it going in. Today had been a good lung day going in and even sitting there at every point since. When I blew a 24%, so soon after my 27% test in the hospital, we were shocked. We were expecting a 28% and hoping for a 30% and wanted to consider that my new baseline.

A 24% was pure demoralizing. I sunk into my seat. Every seat thereafter, I sunk into. We sat in the room and waited for someone to come in who had experience and a say in things. When my epic coordinator of over 15 years came in, I knew we’d get the real deal thrown at us. “Numbers aren’t everything,” is something we’ve heard before and we heard it again. 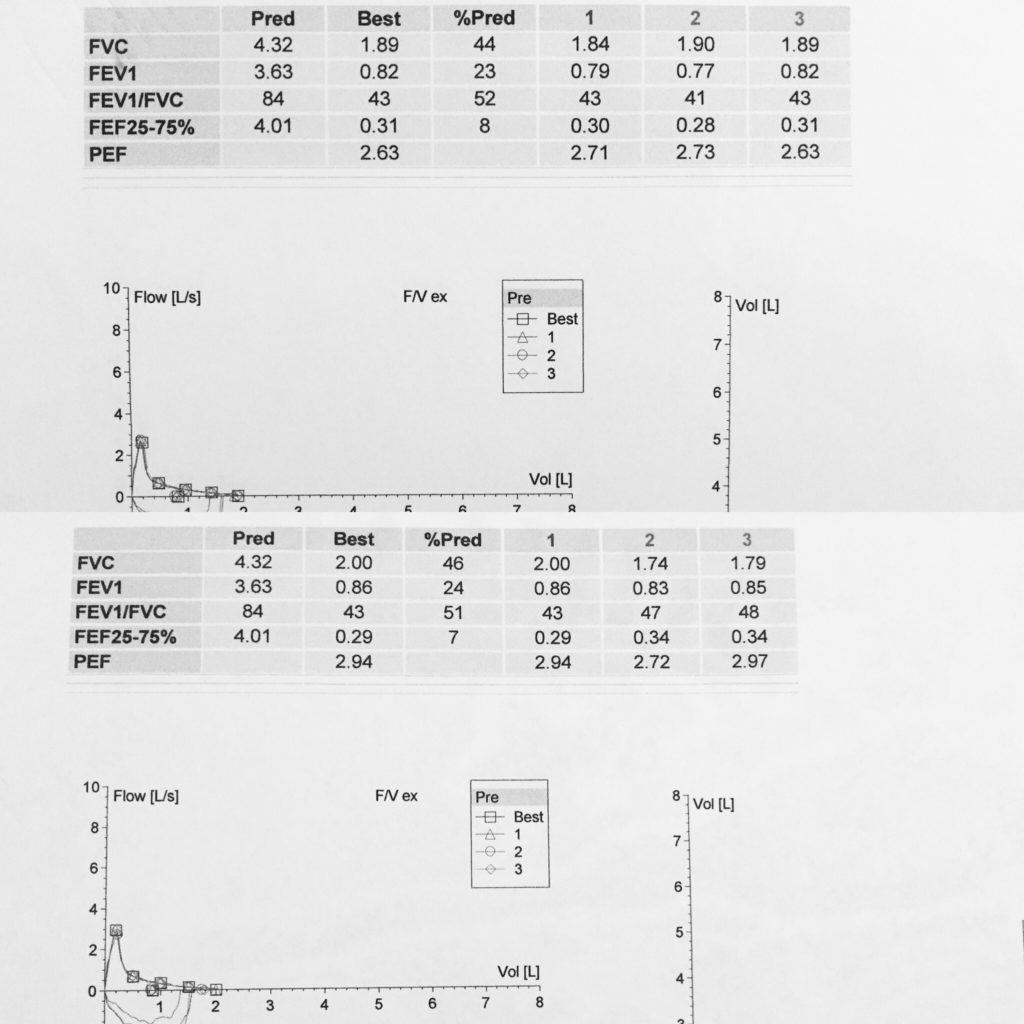 We reviewed the past two weeks. IVs ended on Saturday, I finish the oral Cipro that I started Friday night tomorrow morning. The symptoms I had that justified IVs (sweating, loss of appetite, increased cough, lots of gunk, and wheezing) were gone and I truly felt pretty good this morning. On 2L/min of O2, I feel pretty good. I recover from activity faster up to 98% and don’t drop below 94%.

So, the numbers suck but my quality of life is back… and vastly improved on O2, if you can consider being on home oxygen an improvement over not.

The nurse practitioner came in and said she’d look into getting me some better portable equipment so I can take the small tanks to Busch Gardens (with the passes we bought after New Year’s thinking I’d make it through the year without any health issues) to be social, make memories, and exercise. She was perplexed why my numbers during evaluation were high and was going to ask the pulmonologist.

We agreed that my declining weight was my biggest vital that is still going down at a startling rate. I asked if we could get a script for Boost Plus and she said that’s totally possible, so she coded me for CF malnutrition and got a script for a case per day (180/mo). We’ll see if insurance allows that. We know from my CF Fatboy experiment in 2010 that gaining weight improves lung function, so we’re going all out with calories!

After a brief discussion outside with the doctor, he came in and laid it down real. I’ll paraphrase and such in blockquotes.

Forget the percentage on the PFT, look at the raw numbers. You were 0.82L FEV1 before IVs. In evaluation, you were 1.02L. Now you’re 0.86L. When you have a dollar and we take 5 cents, you’re still rich. If you have a dime and we take 5 cents, you’re broke. You are playing with pennies now. 1.02L, 0.86L, it doesn’t matter, your lungs are done. We need to keep you healthy enough to stay listed, so you need to gain weight.

If we had said we had everything with the home and business in order, he would have met with the medical review board and activated me on the list now. The business isn’t ready yet. I still have some appointments to meet listing requirements. But other than that, if he ordered us to list today, we would have.

Instead, we have a 2-month plan. We’ll do the Boost Plus for a month and come back for weight, PFT, and vitals with a nurse practitioner visit. If I haven’t gained weight or increased lung function, we do one of two things: have a G-tube placed to do night feedings and see if that helps my weight, or list me then. If I don’t gain weight, after one month, we’ll list me then.

So I either have 1 or 2 months before we go active on the list.

My primary job is to gain weight. My secondary job is to make a killing with the business and prep it for someone to run at least email while I’m on leave. That person also needs to be able to access client sites and help out if it’s something that can’t wait for me to be on the laptop in a working capacity. I have to have my eyes checked, get all of my teeth filled, and see a dermatologist. 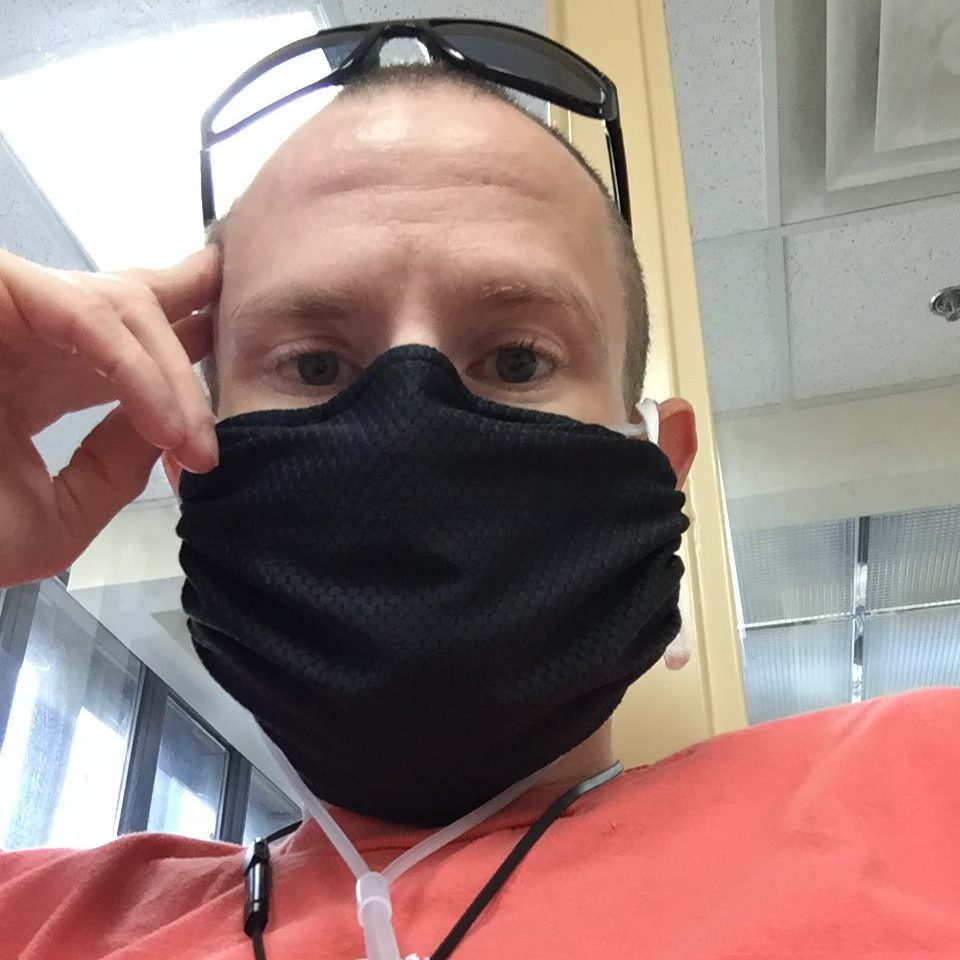 Thank you to all our donors, we have met our fundraising goal.